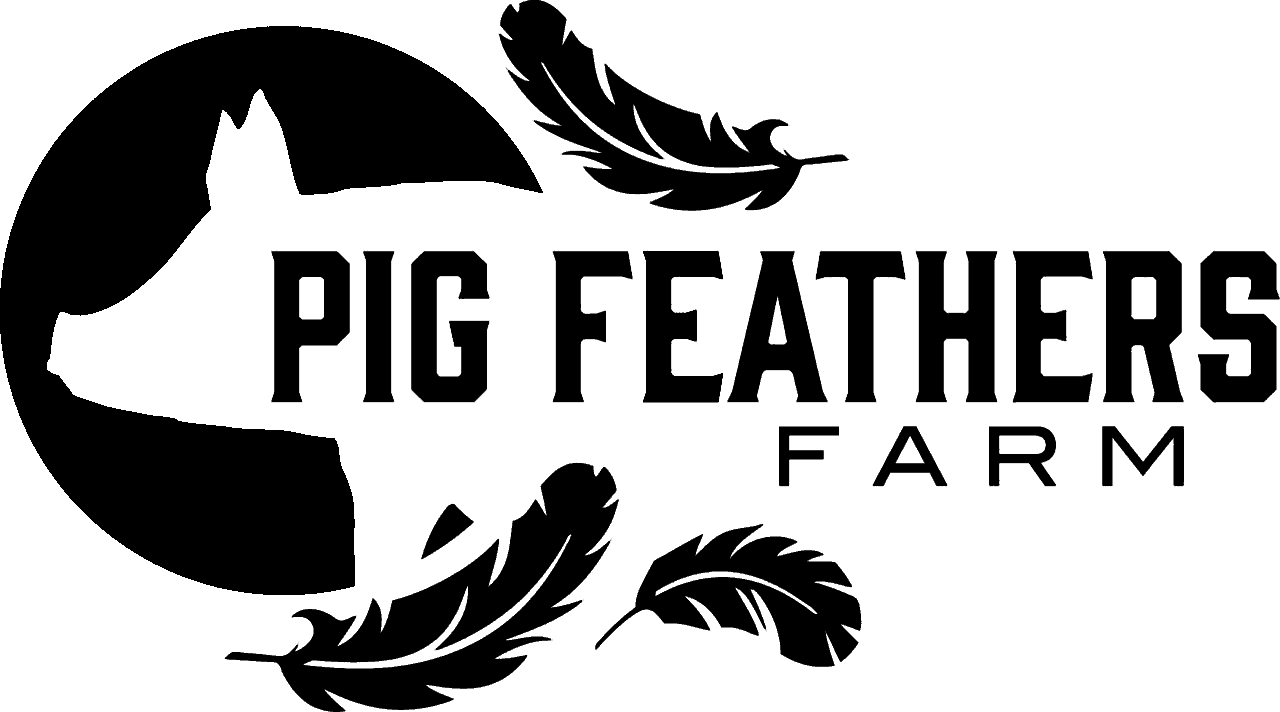 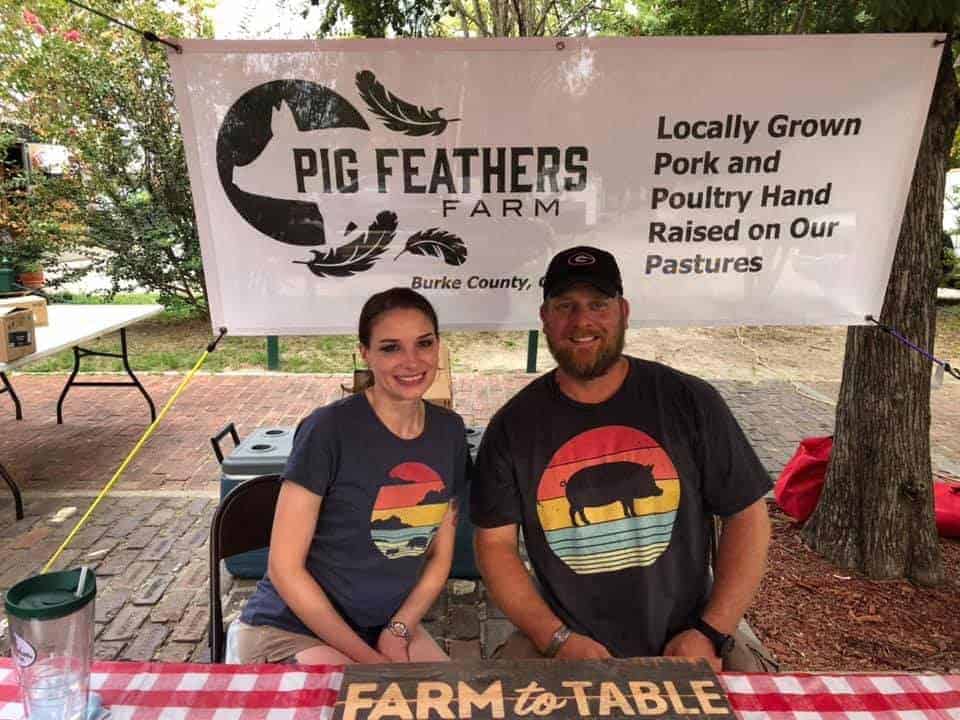 When asked to compare his two work worlds – locomotives and lifestock – Kenny Bottoms of PigFeathers Farm doesn’t hesitate with his response. “Safety,” he said firmly. “The number one thing is to take care of the animals.” That includes making sure that they have ample space to graze, that they’re protected from predators, and – most importantly – he said, that their spaces are kept clean. “Using natural remedies, keeping the bugs down, cleanliness.” Those are Kenny’s priorities.

Kenny, a locomotive engineer, and his wife, Lisa, a dental hygienist, together run PigFeathers Farm on 20 acres in Hephzibah, GA. They started with Berkshire-Tamworth heritage breed hogs, and have since added broiler chickens. Kenny noticed there was a growing demand for more humanely raised meats locally. “Animal welfare is important to me.” He ensures that his animals are outside as much as possible, not standing in some warehouse on a cement slab. “I want them to be able to root up whatever they want to root up. Not crowded, not stressed. My animals get to live in the dirt. They get to be pigs.”

“Every week there’s another recall in our country’s highly-processed, mass-produced food system,” Kenny says. “I question the integrity of it all.”

Kenny and Lisa have gifted a whole hog to the Boucherie, and we honor their generous spirit in doing so.